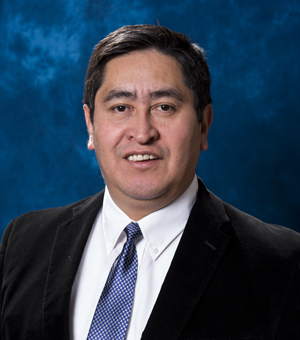 José Miguel Lemus was borne in Mexico City, and lived in Belize, Central America for one academic year. He studied journalism in the Universidad Nacional Autónoma de México. He acquired his B.A. degree with an honored thesis about the ethics in the press media. He practiced journalism both in Mexico City and in the Mexican-American Border (Ciudad Juárez-El Paso), first as a reporter and later as an editor of local news.
Before teaching in Creighton, he has taught in two universities in México (Universidad Nacional Autónoma de México, and Universidad Autónoma de Ciudad Juárez) and three universities in the USA (the New Mexico State University, the University of Illinois at Urbana-Champaign, and the University of Nebraska-Lincoln).
He acquired his Ph.D. in literature at UIUC with a dissertation about the origins of national identity in the New Spain colonial press.
He is interested in the creation of service learning courses. He helped to create a community-base and service-learning initiative at UIUC, and created a similar initiative at UNL.
Currently helps in community organizations in Lincoln such as Centro de las Américas, Catholic Social Services, Everett Elementary School, and since the summer of 2012 in Omaha organizations like El Centro Juan Diego, and the Latino Center of the Midlands.
He has coordinated GED programs for Latino adults in Lincoln, and is a member of the Board of Advisers of the Nebraska Appleseed. He is also the founding president of the Nebraska – Iowa Chapter of the Red Global Mx, a network of highly qualified mexicans abroad.