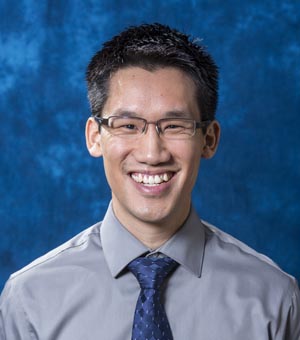 Tom is an American physicist who researches quantum computing at the intersection of physics and computer science. He is best known for exploring how quantum computers search for information in databases and networks, and for introducing a new type of quantum computer that utilizes effective nonlinearities.

He is currently a tenure-track assistant professor of physics at Creighton University in Omaha, Nebraska. He also serves on the editorial board of Quantum Information Processing, a quantum computing journal published by Springer Nature.

Prior to joining Creighton, Tom was a postdoctoral researcher at the University of Texas at Austin under Dr. Scott Aaronson. Before that, he was a postdoctoral researcher at the University of Latvia under Dr. Andris Ambainis. Tom earned his PhD in theoretical physics from UC San Diego in 2014 under the guidance of Dr. David Meyer, and his dissertation was selected as the best thesis in the Division of Physical Sciences. Before that, he graduated from Santa Clara University in 2008, triple majoring in physics, computer science, and mathematics while minoring in urban education.

During graduate school, Tom was a highly-rated adjunct professor at the University of San Diego. Before graduate school, he held a teaching credential and taught mathematics at Downtown College Prep, an inner-city high school.

While in graduate school, Tom designed, built, and programmed a photo booth, which he turned into a successful business. While in undergrad, Tom interned for IBM for two years, where he created a system to manage test software for enterprise disk storage systems.